The ANDES baseline concept is that of a modular fiber-fed cross dispersed echelle spectrograph composed by four ultra-stable modules (called in our Project terminology, subsystems), namely UBV, RIZ, YJH and K, capable of providing a simultaneous spectral coverage (goals included) of 0.35 -2.4 nm at a resolution of 100,000 with several, interchangeable, observing modes ensuring maximization of either accuracy or throughput (as shown schematically below). 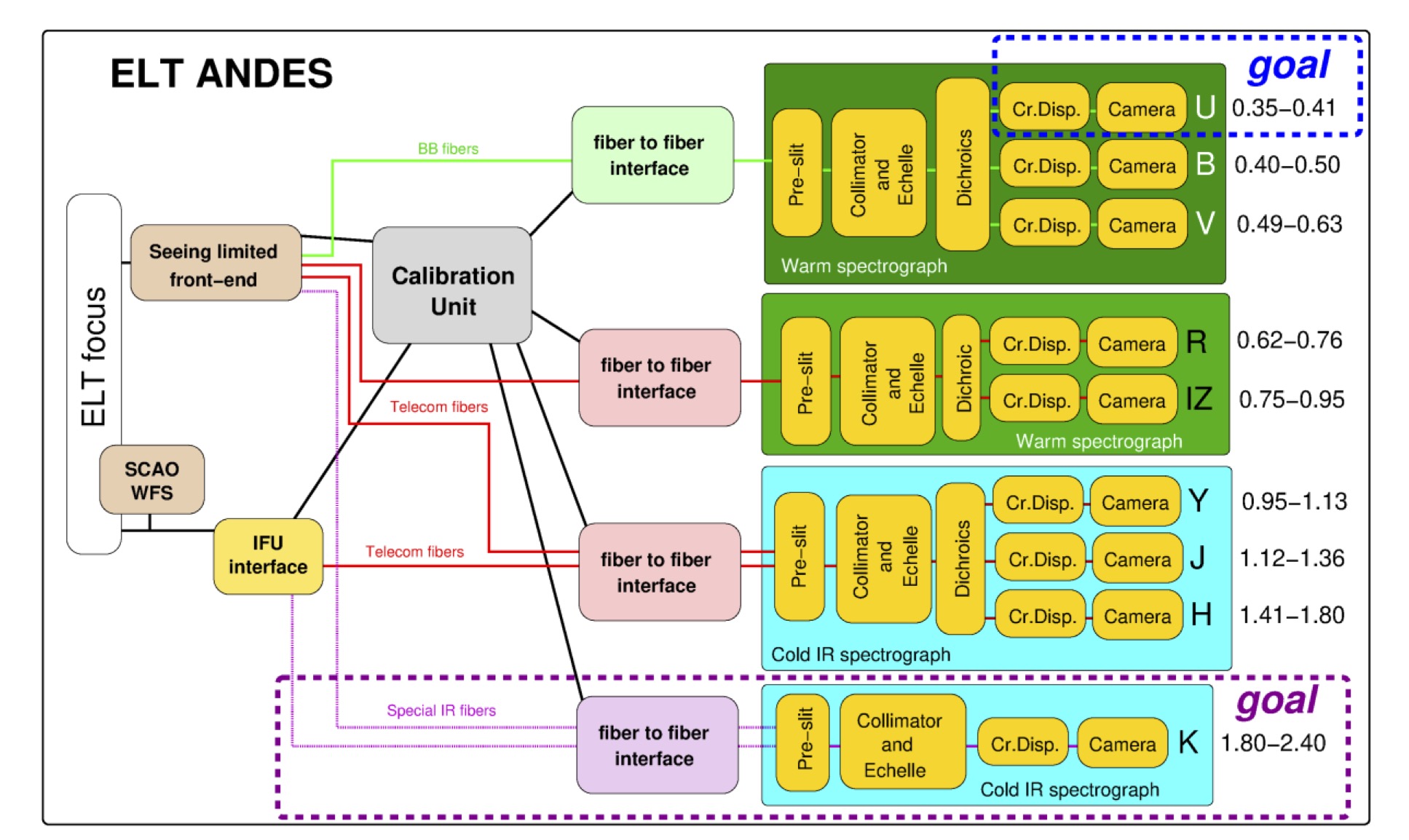 After the Phase A (2016-2018), ANDES officially entered in Phase B in Sep 2022. The following timeline is reported here. The next milestones is the System Architecture Review in June 2023 and the Funding Review in February 2025.